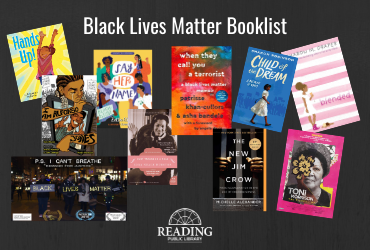 We’ve put together a starter list of multi-generational book recommendations to support and understand the current protests and the Black Lives Matter movement. Place a hold on these titles when we reopen, read them online, or purchase from a local bookstore. A printable version of this list is here. If you want more recommendations or have any questions, please feel free to email us.